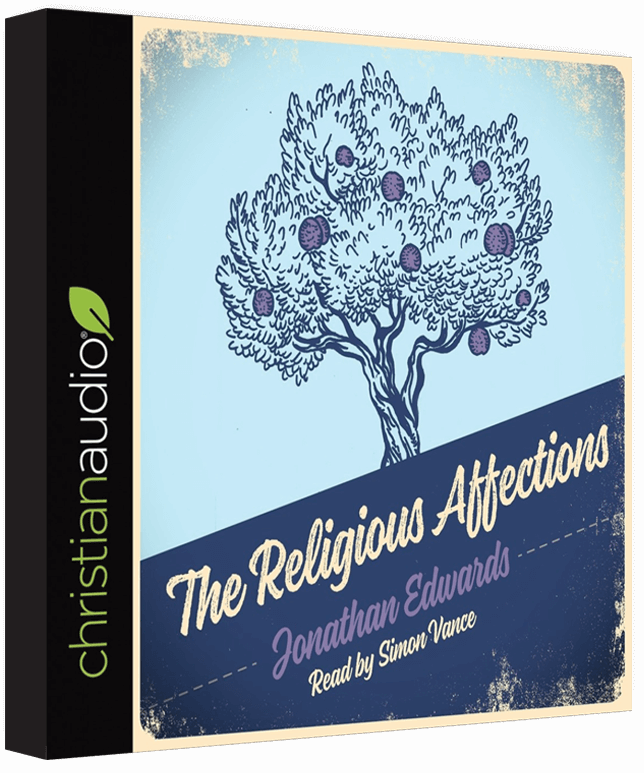 The fine folks at Christianaudio.com have made the classic Religious Affections by Jonathan Edwards their free book of the month.  So, if you’ve never read it before get over there and download it today.  Here is their description of the book:

The Religious Affections Quite possibly one of the most important books ever written by America’s greatest theologian. Among the questions asked is, “What is the nature of true religion?” \”What are the signs of a true revival?\” and \”How is the heart changed?\” Edwards used his pulpit and his leadership of the Great Awakening to pen one of the most challenging and inquisitive books ever written. 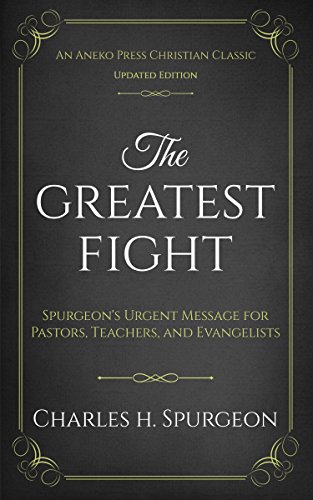 “And my speech and my preaching was not with enticing words of human wisdom, but in demonstration of the Spirit and of power. – 1 Corinthians 2:4

This book examines three things that are of utmost importance in this fight of faith. The first is our armory, which is the inspired Word of God. The second is our army, the church of the living God, which we must lead under our Lord’s command. The third is our strength, by which we wear the armor and use the sword.

The message in this book, when originally presented by Charles Spurgeon in his final address to his own Pastor’s College, was received rapturously and enthusiastically. It was almost immediately published and distributed around the world and in several languages. After Charles Spurgeon’s death in 1892, 34,000 copies were printed and distributed to pastors and leaders in England through Mrs. Spurgeon’s book fund. It is with great pleasure that we present this updated and very relevant book to the Lord’s army of today.

About the Author
Charles Haddon (C. H.) Spurgeon (1834-1892) was a British Baptist preacher. He started preaching at age 17 and quickly became famous. He is still known as the “Prince of Preachers” and frequently had more than 10,000 people present to hear him preach at the Metropolitan Tabernacle in London. His sermons were printed in newspapers, translated into many languages, and published in many books.” 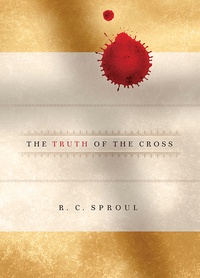 For this week only, in recognition of Easter, the fine folks at Ligonier Ministries are giving away digital copies of R.C. Sproul’s the Truth of the Cross. It’s actually a book I am going to recommend on the next Basic Bible Podcast.  Here’s the description:

In this book, Dr. R.C. Sproul surveys the great work accomplished by Jesus Christ through His crucifixion—the redemption of God’s people. Dr. Sproul considers the atonement from numerous angles and shows conclusively that the cross was absolutely necessary if anyone was to be saved.

Opening the Scriptures, Dr. Sproul shows that God Himself provided salvation by sending Jesus Christ to die on the cross, and the cross was always God’s intended method by which to bring salvation. The Truth of the Cross is an uncompromising reminder that the atonement of Christ is an absolutely essential doctrine of the Christian faith, one that should be studied and understood by all believers.

Get your free copy here.

Given the apparent insufficiency of modern psychotherapies and a growing discomfort with pharmacological strategies, many churches are reaffirming the unique power of Scripture to change lives.

Through careful exegesis and helpful case studies, Elyse Fitzpatrick and Dennis Johnson demonstrate how to provide consistently biblical, gospel-centered care and explain why it is important to do so. If you’re involved in discipleship and mentoring, this book will teach you how to minister the gospel to those around you in ways that will truly help them.